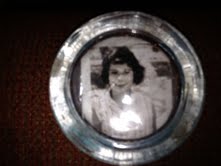 In memory of the 50th anniversary of the Kennedy assassination, the women of Midlife Boulevard have dedicated November’s blog hop to our reflections on President John Kennedy. A blog hop is when a group of bloggers write on the same subject. Click on the link at the end of this post to read the other posts by my fellow writers.

For most people, November 22, 1963 is a momentous date in history— for many, it is one that they’ve read about in books and learned about in documentaries. But for those of us who are over 50, we have our own personal history connected with the shattering events of that day. It is a Baby Boomer touchstone…Where were you when you heard that Kennedy had been shot?

If you were born in the late ’40’s or the 50’s, the answer would have to be in school—after all, it was a Friday afternoon. And that’s where I was. Specifically (and ironically?), I was in History class.

Our teacher was interrupted by someone at the door, who did not enter the classroom. Mr. Markowitz, a wonderful teacher, a student of history and a man of great heart, stepped just outside the door. When he turned around to face us, he was visibly shaken and openly weeping into his hands—beholding our male teacher in such a state was startling, indeed. Choking out the words, he told us that the President had been shot…and killed.

No TVs were brought into the classroom. No parents were called. No grief counselors were brought in. We were summarily dismissed and told to go home. While walking home, I passed construction workers. How they could be working and life continuing on as though nothing had happened?! I felt like screaming the news at them, but I didn’t. I just hurried home.

I was old enough to grasp the enormity of what had happened and young enough to follow my family’s (all staunch Kennedy supporters) lead; so, I knew that we were witnesses to history. For the next four days, the television in our den was our family’s hub and the source for all our immediate news. In fact, there was no other programming until Tuesday.

All those now–iconic images flashed across the TV screen for the first time: the swearing-in ceremony of President Johnson, the procession with the riderless horse, John-John saluting his father’s casket, Jackie and Caroline kneeling at the flag-draped coffin in Arlington National Cemetery, Jackie kissing the casket and the many more images sealed into our collective consciousness. We watched— along with the world—Jacqueline Kennedy, a newly grieving 34-year-old widow, conduct herself with great grace and dignity and set a tone for the nation.

On Sunday, we watched the live coverage of Lee Harvey Oswald being transferred to the Dallas County Jail when, in a shocking development, he was gunned down in the basement of the Dallas City Jail by nightclub owner, Jack Ruby. I understood there would be no more answers from Oswald.

I remember watching former President Eisenhower speak and, as a child, finding comfort in his familiar presence— a reminder of a more innocent time.

We listened as the pundits spoke of the end of Camelot and quoted the lyrics from President Kennedy’s favorite song (according to Jackie) from the musical about King Arthur’s realm:

Don’t let it be forgot,

that once there was a spot,

for one brief shining moment,

that was known as Camelot.

Through it all, we watched news anchor Walter Cronkite—reporting and recapping, commenting and explaining— on CBS; he seemed to be working day and night during that stretch of time.

When I needed a break, I withdrew into my bedroom (in the adjoining room) and wrote in my journal, where I could express myself freely and try to process what was going on around me…which were things that no one could really make sense of, regardless their age and education. I wish I could read those entries today, but that journal is long gone.

This is a Blog Hop!