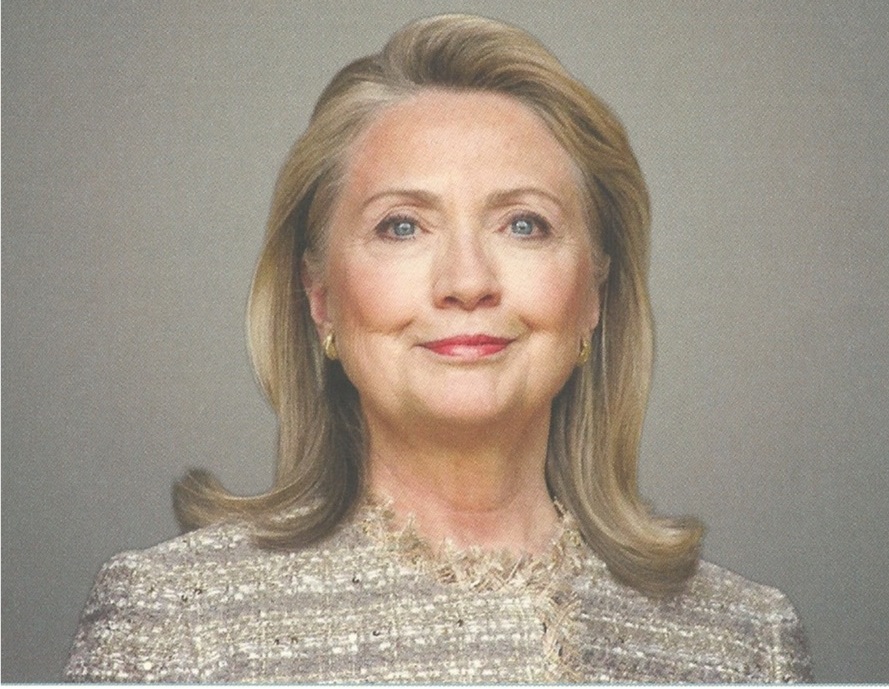 Last week, I had the privilege of attending a benefit luncheon at which the former Secretary of State and former U.S. Senator from New York was the featured guest speaker. As the purpose of this occasion was to raise funds for charitable purposes, rather than political ones, no press was allowed inside the room (and I doubt anyone missed them), although they were congregated outside.

I arrived a bit late; a short film had already been shown and for some reason, the lights had not been turned back up, even though someone was speaking. Looking out at a sea of tables and not being able to identify mine or locate my table companions in the dark, I tried to find someone to direct me to table 97. I kept asking official-looking people who either seemed to work at the hotel or be involved in organizing the program, but no one was able to help. Feeling more pathetic by the second, I went up to another man, who peered out into the darkness, figured out where I should go and quietly told me to follow him. Success! As I settled into my place, it suddenly dawned on me that all the men I approached were Secret Service agents or involved in security of some sort (you’d think I would be more aware after watching all those Homeland episodes).

Rahm Emanuel, Mayor of Chicago, former White House Chief of Staff in the Obama administration and Senior Advisor to President Clinton was the perfect choice to introduce Hillary (well, that’s how he refers to her).

I want to say that she looked great (she did), and that I loved her jacket (I did), but I’d prefer to write a post in which her looks and fashion choices weren’t mentioned. After all, if we mention anything—even positive—we are reinforcing our cultural habit of inappropriately scrutinizing women, so I’ll say nothing. 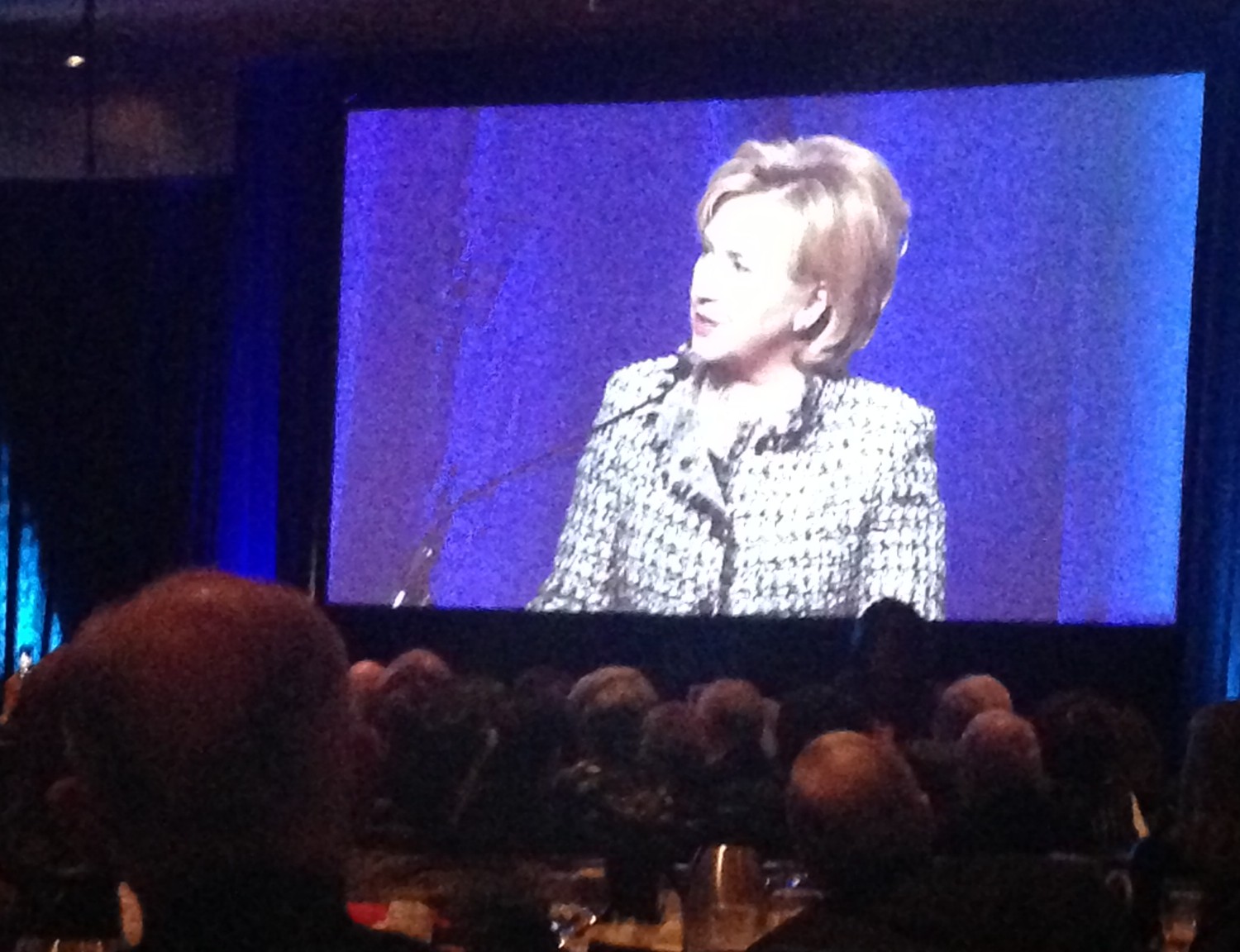 Freed from delivering a political speech, Hillary spoke about a cause that is close to her heart and one that she has devoted her entire adult life to advancing: early childhood development.

Hillary discussed social and cultural trends and habits of the heart that are integral to our country. She focused on where our efforts will make the most difference in reversing trend lines and specifically, on the wide-spread impact of a generation of children not being ready to start school.

Citing the recent research about the word gap between the children in low-income families and those in affluent families, Hillary described how many of the children in less fortunate circumstances are not talked to, played with and read to in the same way in their first few years of life. Regardless of their innate abilities, they won’t achieve their full potential and ultimately, will not lead as productive lives.

Studies have found that by age four, children in middle and upper class families hear 15 million more words than children in working-class families, and 30 million more words than children in families on welfare. This disparity in hearing words from parents and caregivers translates directly into a disparity in learning words. And that puts our children born with the fewest advantages even further behind. Among those born in 2001, only 48 percent of poor children started school ready to learn, compared to 75 percent of children from middle-income families.

Hillary filled us in on the background of HIPPY (Home Instruction for Parents of Preschool Youngsters Program) from its inception at Hebrew University in Jerusalem. HIPPY was a research and demonstration project funded, in part, by NCJW and headed by Dr. Avima Lombard in response to the influx of Ethiopians into Israel who were not literate and so, could not pass on education to their children.

Hillary’s early involvement with HIPPY, including her trip to Jerusalem to learn more and an invitation to Dr. Lombard to come to Arkansas led to the Clintons (then Governor and First Lady of Arkansas) instituting HIPPY in their state in 1986.

Continuing to prioritize early education and viewing the word gap as a significant, but solvable, challenge, the Bill, Hillary & Chelsea Clinton Foundation, in partnership with Next Generation, launched an early childhood education initiative this past summer. Too Small to Fail will work on promoting new research on the science of children’s brain development, early learning and early health, and will help parents, businesses and communities identify specific actions, consistent with the new research, that they can take to improve the lives of young children.

While we are on the subject of a woman of worth, I am going to add something about…well, women of worth. If you read my post about Curt’s Cafe, you are acquainted with the work that Susan Trieschmann is doing in the Evanston community…that is, trying to turn the lives around of young offenders.

Currently, Susan is one of the top ten finalists in a national competition called Women of Worth. The contest started with 3,500 women from around the country who are doing great work in their communities. Now, it’s down to only 10!

Voting starts today, and you can vote EVERY DAY until November 20th. The woman who gets the most votes will be awarded an additional $25,000 (each honoree has received $10,000) check for their non-profit.

And while I am supporting Susan and Curt’s, I encourage you to read the bios of all 10 honorees. According to the Jewish religion, each of these women (and without question, Hillary) is an Eshet Chayil—a woman of valor who seeks ways in which her courage, strength and industry can be a blessing. 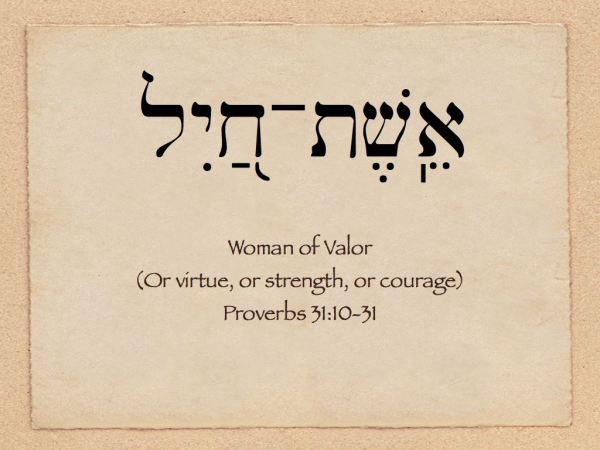 11 Responses to “Hillary…A Woman of Valor”