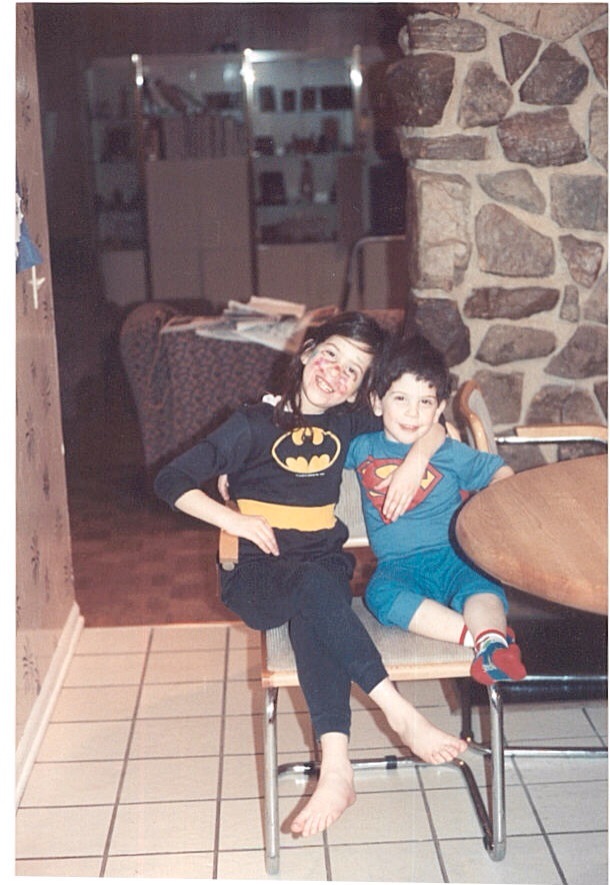 As Halloween approaches, the topic of costumes is being discussed, particularly in households with children. Earlier this month, in an unrelated gesture, my son forwarded an interesting post to me focusing on female role models for young girls. Photographer and mom, Jaime Moore had come up with a unique and empowering way to document her daughter Emma’s fifth birthday.

Instead of having her daughter dress up as a fairy-tale princess, as five-year-old girls commonly do, Jaime came up with the very cool idea of having Emma dress up as what she calls a REAL woman—one who, going against the odds, had changed the world for the better, particularly for women. Of course, there are many, many strong and amazing women (and girls…think Malala!) who fit in this category, so Jaime selected five in honor of Emma’s fifth birthday. She also included a delightful bonus picture. I think you’ll agree that these photographs (with accompanying quotes) make a powerful and inspiring visual statement: 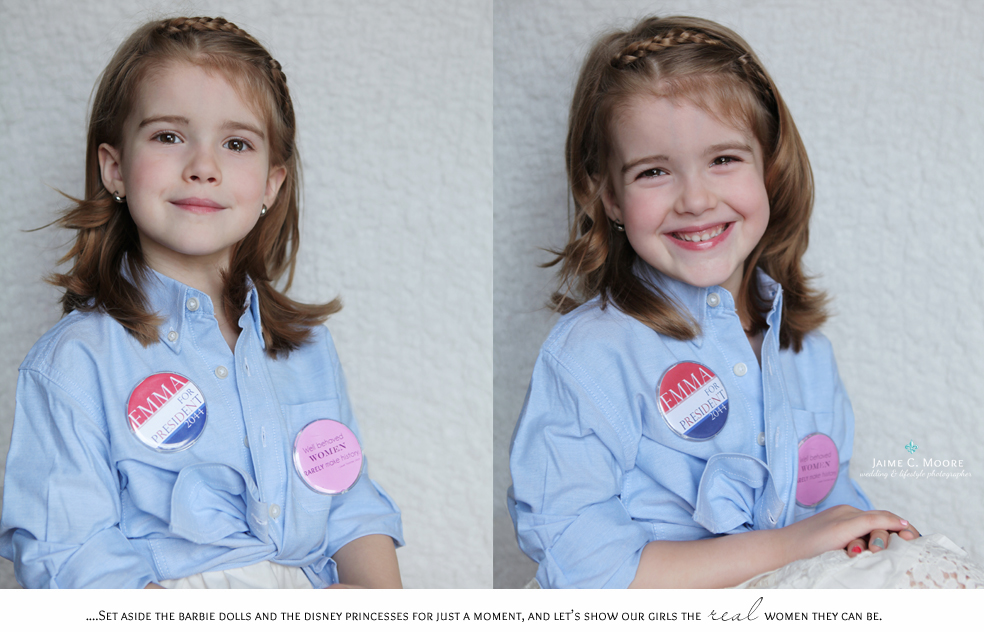 The last quote— from Jaime— says,

Set aside the Barbie Dolls and the Disney Princesses for just a moment, and let’s show our girls the real women they can be.

In this vein, I thought I would choose some books for young children about these accomplished women: 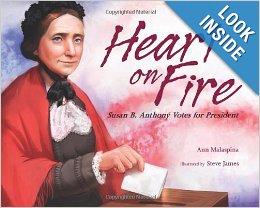 Heart on Fire: Susan B. Anthony Votes for President by Ann Malaspina and Steve James  (ages 6 – 9) focuses on a specific event in her life—when she voted in the 1872 presidential election and its repercussions. The Civil rights victory in 1920 would not have been possible without her leadership and passion to stand up for what was right. The text is accompanied by bold, vivid illustrations. 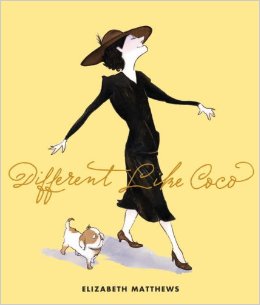 Different Like Coco by Elizabeth Matthews (ages 5 – 9) recounts the story of how a poor, skinny orphan became an icon of fashion and culture. Elegant pen-and-ink and watercolor illustrations complement the story. 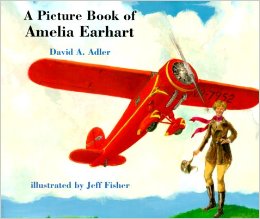 A Picture Book of Amelia Earhart (ages 6 and up) by David Adler and Jeff Fisher looks at the life and passions of the aviation pioneer, including her mysterious disappearance. Realistic watercolor illustrations accompany the text. 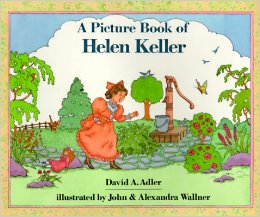 A Picture Book of Helen Keller (ages 6 and up) by David Adler and John Wallner touches upon the highlights of her life from childhood. Simple watercolor cartoons fit the book’s tone. 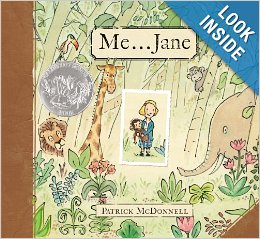 Me…Jane by Patrick McDonnell (ages 3 – 6) is an award-winning book and one of my favorites—actually, I purchased a copy yesterday for my great-niece. The young Jane dreams of a life living with and helping all animals and wakes up one day to find her dream has come true. The illustrations perfectly capture the the joy and wonder of the story. 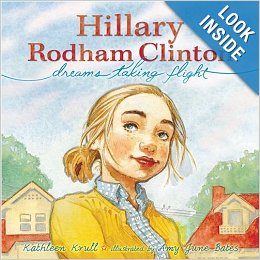 Hillary Rodham Clinton: Dreams Taking Flight (ages 5 – 10)  by Kathleen Krull and Amy June Bates tells Hillary’s story starting with her childhood dreams and follows her life as she overcomes numerous obstacles in a woman’s path. I chose a book about Hillary because she was a leading candidate for the 2008 Democratic presidential nomination and our most likely prospect to become the first female President of the United States. As Hillary keeps making history, the book is not quite up-to-date with all her achievements. Attractive watercolor illustrations and inspiring messages suit the text.

~ And a couple of bonus books: 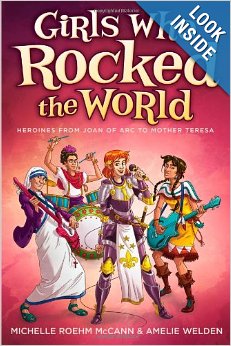 Girls Who Rocked the World: Heroines from Joan of Arc to Mother Teresa (ages 8 -12) by Michelle Roehm, Amelie Welden and David Hahn furnishes 46 examples of strong, independent female role models, all of whom first impacted the world as teenagers or younger. 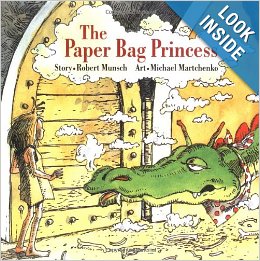 The Paper Bag Princess  (ages 4 –  7) by Robert Munsch turns the princess stereotype on its head with this tale of a resourceful princess. Michael Matchenko provides the charming illustrations.

President Obama, upon meeting with Malala Younsafzai, along with the other members of the First Family this week, proclaimed (in part):

On every continent, there are girls who will go on to change the world in ways we can only imagine, if only we allow them the freedom to dream.